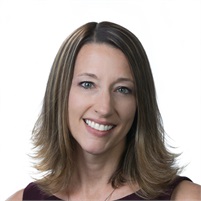 Director of Training and Advocacy

Holly joined the Independent Advisor Alliance team in October of 2014 as an LPL registered assistant to Robert Russo. Since that time, she has held various roles at IAA including that of Transitions Manager, Blackbridge Financial Relationship Manager, and Director of Communications & Events. Holly’s primary responsibility, in her new role as the Director of Training and Advocacy, will be to provide training and resources to support operational confidence, efficiency, and compliance in advisor branch offices. Additionally, she will focus on resolution and accountability while serving advisors as an advocate and escalation contact.

Holly’s career in financial services began in 2007 as an administrative associate to an LPL advisor. Between 2008 and 2010 she secured both insurance and securities licenses. Prior to her LPL affiliation, Holly served as the Manager of Program Services for the Make-A-Wish® Foundation of Central New York and for Make-A-Wish® of America as a task force member for wish policy development and form revision. Holly remains passionate about philanthropy, dedicating time and resources to local non-profit organizations.

Holly resides in Charlotte with her husband and three college-aged children, who are her pride and joy. Originally from Syracuse, NY, she studied nutrition science/dietetics at Syracuse University.